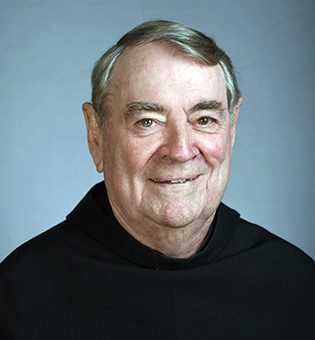 Fr. Joe was born into an Irish/French-Catholic family in Springfield, Massachusetts in August of 1941. He was educated in the parochial and public schools of the area until he entered the Franciscan TOR’s in 1959. Ordained in May of 1968, he was immediately assigned to Bishop Egan Boys High School in Fairless Hills, PA where he taught for seven years and then became Principal for nine years.

After this educational apostolate ended, he served as an Associate Pastor in Cinnaminson, NJ until he was transferred to Bradenton, Florida in the summer of 1994. From St. Joseph’s Parish he was assigned to Our Lady Queen of Martyrs as Pastor on December 7, 1996 and served in this position until he passed away. Fr. Joe had been a priest for over 40 happy years and enjoyed the climate and the people whom God had given for him to serve. 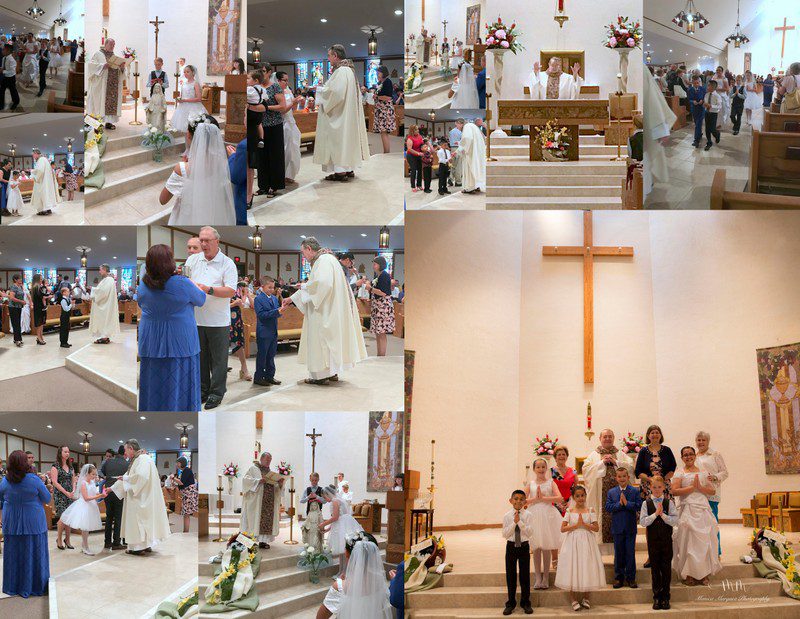 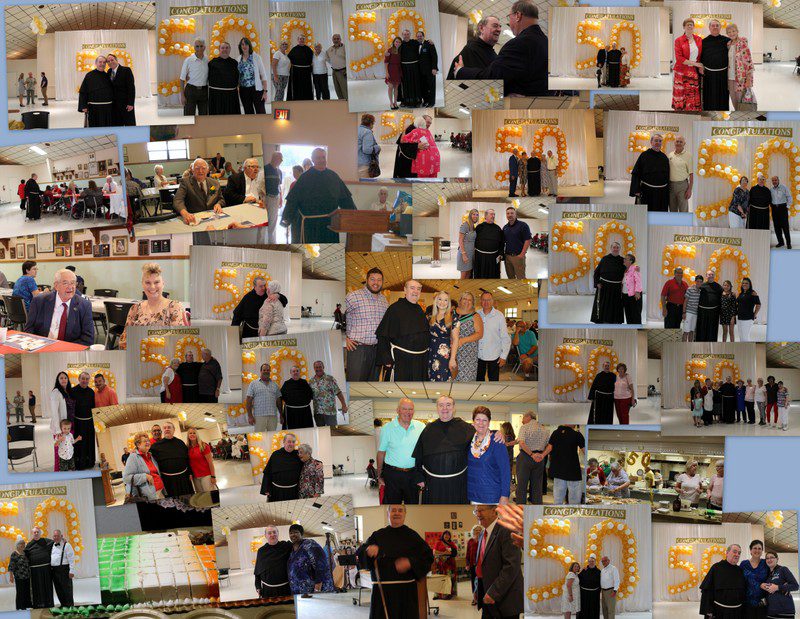 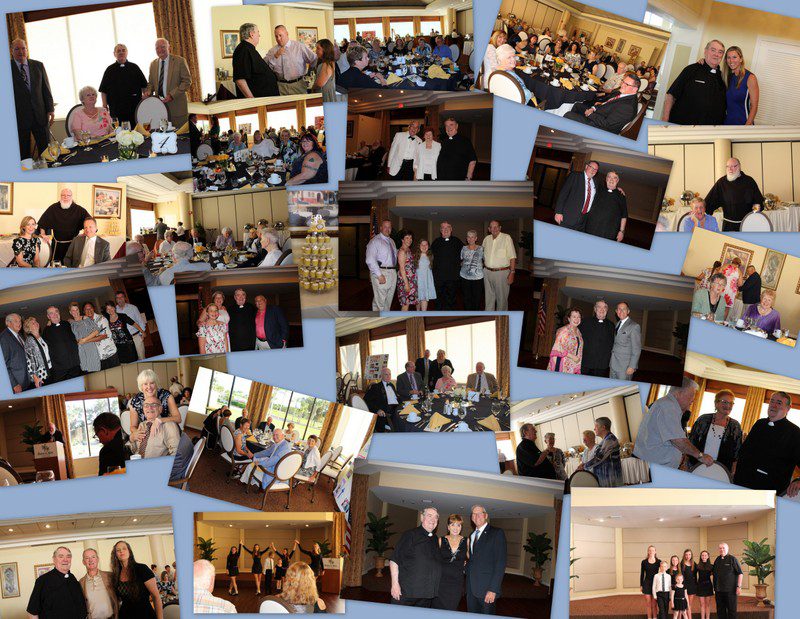 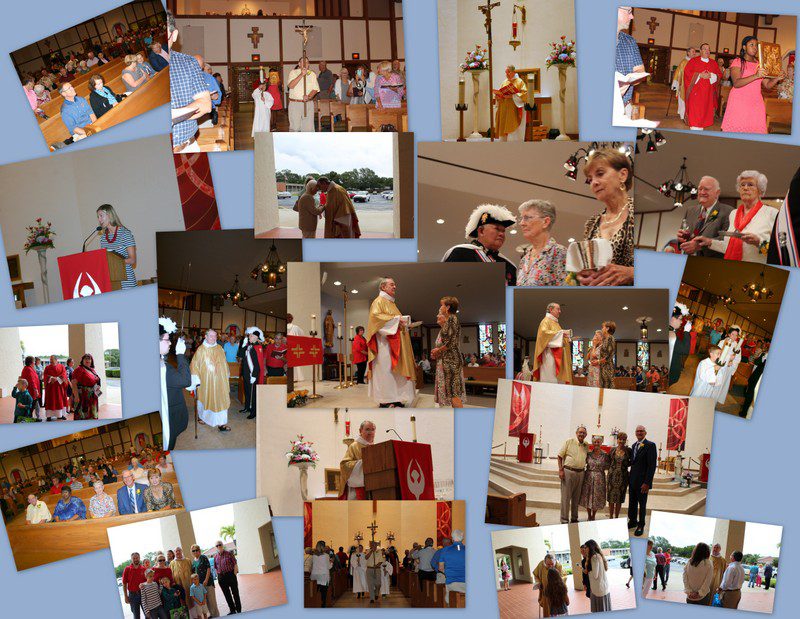 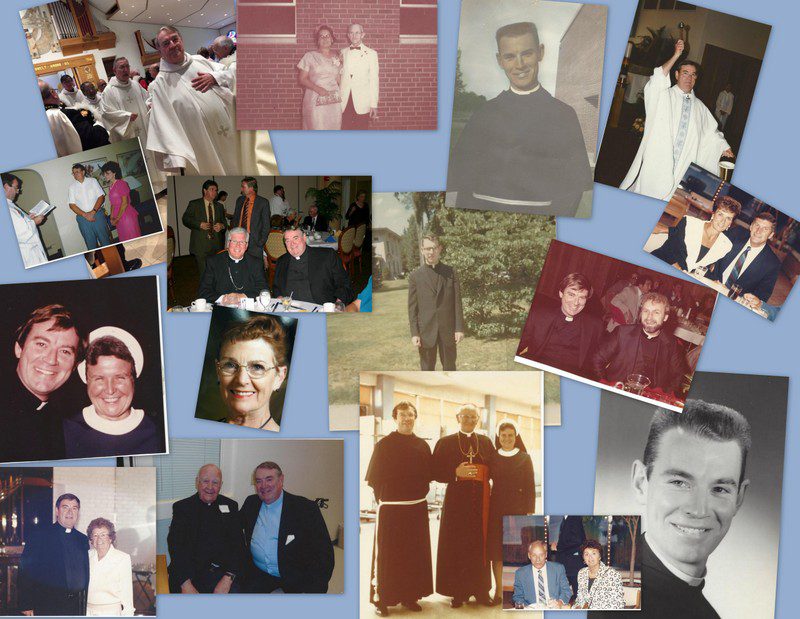 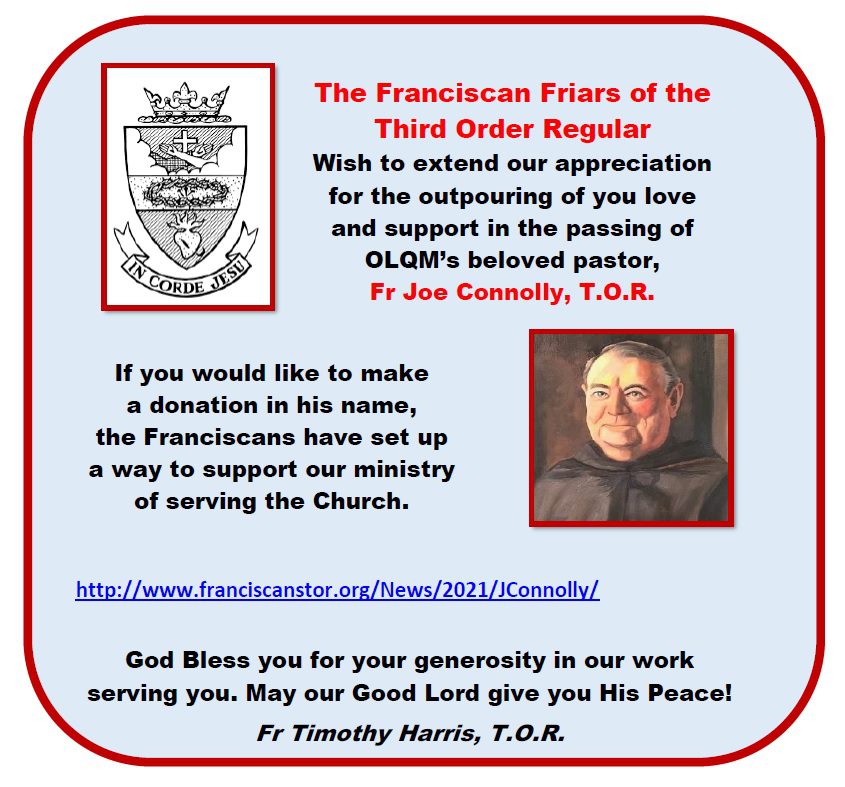 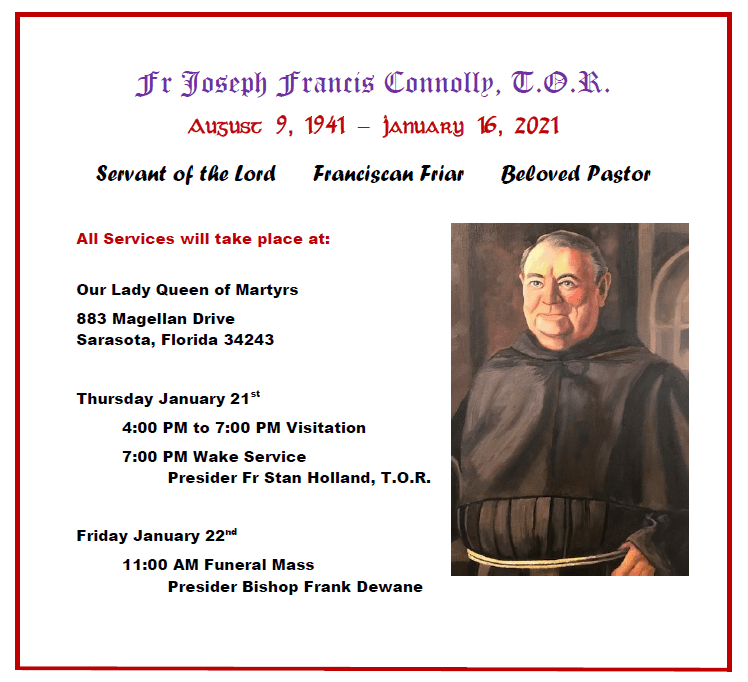 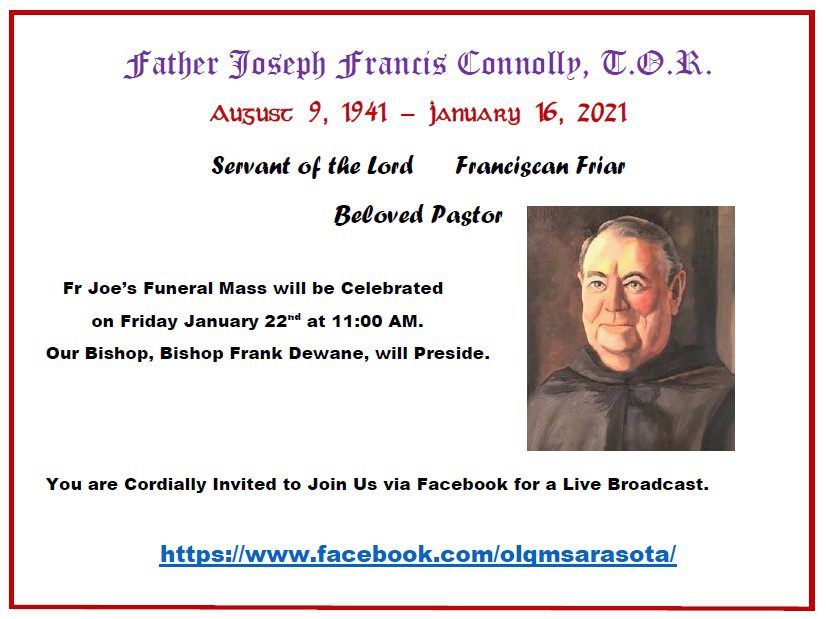